Events That Make a Difference

If You Can Dream It, We Can Make It Happen

Whether you are planning a wedding for 100 at our Delaware Bay-side facility, a gala for 500 at another venue, or an intimate dinner in your own home, Greater Good Events can meet your needs.  We can conceive, plan, and execute events of all sizes and types – cocktail parties, engagement parties, clam bakes, weddings, birthday parties, upscale picnics, down-home suppers. We listen to you and get to know you.  We craft menus that reflect your tastes and honor your traditions and cultures. And together we host personal, one-of-a-kind celebrations and events that graciously welcome guests, mark important life events, and create lasting memories.

Your Place, Our Place, Anyplace

We are happy to help you find a venue, cater in your own home, location, or workplace, or host you at Children’s Beach House’s Lewes facility. Nestled into the dunes on Delaware Bay, our facility can accommodate groups as large as 150.  Our beachfront location is perfect for clam bakes with bonfires, seated dinners, informal cocktails, and intimate dinners in our dune-wrapped gazebo. 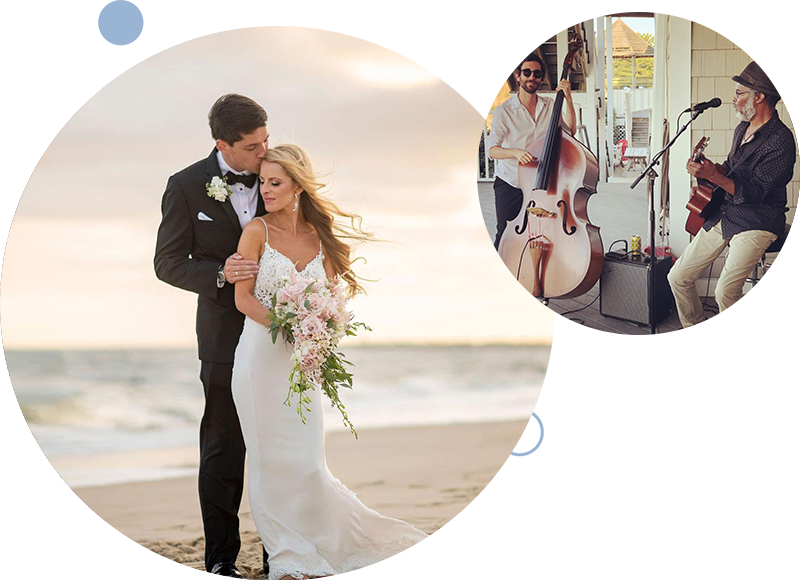 When you look at the arc of Meg Gardner’s life you quickly see that she loves looking at the occasions, places, beliefs, and systems that bring people together – and creating opportunities to do that herself.  Growing up in Delaware in a multi-generational household, “food was a huge thing. We made and sat down for dinner together every night.  We canned food and I heard stories about my family told through the foods they prepared.”

When she went off to college, like most students living in a dorm and eating in a dining hall, Meg became somewhat disconnected from the preparation of the food she was eating, but she remained focused on other things that drew people together. She studied the languages, literature, belief systems, art, and NGOs that help to create cultures and civil societies.

During college she was also introduced to the ancient Greek concept of xenial relationships, which call for expressions of mutual hospitality between hosts and guests — and especially between persons with different customs. She loved that there was one word that encompassed the mutuality of the host-guest connection and didn’t present them as separate or opposing entities.

Meg was able to put this new understanding to use, first as a host when she moved back to Delaware after college and took a job at The Blue Moon restaurant in Rehoboth Beach, and then as a guest when she travelled with her now-husband, Lion, for an eight-month stay in Prague. Traveling throughout Europe, and later to other domestic and foreign destinations, Meg and Lion learned to seek out locals to find out where to go, what to eat, and to hear the stories of their home regions and their lives there.

Returning to Rehoboth Beach, Meg and Lion quickly immersed themselves in the area’s local life and local food culture; Meg returned to the Blue Moon, where she served as General Manager and Catering Director.  In 2008, she broadened her role when she and Lion became co-owners of the restaurant. Under her leadership, The Blue Moon was awarded the Cornerstone Award in 2011 by the Delaware Restaurant Association for excellence.   As General Manager and Catering Director, Meg restored the quality front-of-house service upon which the restaurant earned its reputation. She revamped the look of the dining room, streamlined the staff, and developed the catering end of the restaurant’s business, increasing profits ten-fold over a ten-year period.

Meg joined Children’s Beach House in 2020 to establish Greater Good Events, a social enterprise designed to offer high-end catering to the Delaware beach community, the proceeds of which support CBH’s work with children and families.  Here Meg has made the creation of xenial relationships the centerpiece of Greater Good Events’ work.  By engaging the clients/hosts of each event in a process that makes mutual hospitality the goal they are trying to achieve and the means by which they achieve it, Meg makes it possible for people to come together to celebrate important life events and to improve the lives of others.

Dom Pandolfino likes to get his hands into things. He likes to roll up his sleeves, figure out how to make something work, and then make it happen – which makes his career as a chef make perfect sense.  Having an Italian grandmother who loved to cook for and feed the people she loved and spending his summers working at restaurants also helped set him on that path.

That path led him to Johnson & Wales University in Providence, RI, where he earned an A.S. in Culinary Arts and a B.S. in Food Marketing — then on to Connecticut to help grow his brother’s catering business.  Dom spent ten years reaching his hands into that project, learning how to run a successful catering business, how to develop client-specific menus, execute large events, and manage the many issues involved with on- and off-site events. In 2013 Dom moved back to the Delaware shore, where he had spent many years at his family’s summer cottage as a child, and continued to hone his craft at some of the beach area’s best restaurants. In 2018, he joined long-time friends, Lion and Meg Gardner, at their restaurant, The Blue Moon. There Dom was able to help grow an already busy catering business and further solidify its great catering team.

When Meg Gardner started Greater Good Events at the Children’s Beach House in 2020, Dom was very eager to join her so he could continue doing what he loves and do it to benefit a great cause.  He has also found something exciting here that he hadn’t anticipated. “At most catering operations, the chef doesn’t have the opportunity to sit down with the clients to discuss the details of the event and the menu. Brides and grooms don’t usually sit down and talk to the person who is going to cook their food. Chefs don’t usually have an opportunity to talk to the people who are going to eat what they cook. I love being able to talk to the clients so we can work together to figure out the best way to give them what they really want.”

Working with Greater Good Events made our wedding day so effortless, even despite COVID-19. I wouldn’t have trusted my special day to anyone else!

Not your average caterers… They are wedding professionals!

I honestly feel like I could write a book on how awesome you all are! Even two weeks out people are still going on about the food and service and I’m so grateful that we got the chance to experience your amazing and talented team!

I would recommend anyone to hire them for any event… they will blow your mind with their professionalism and amazing food! This team isn’t just here to serve food and drink they’re there to plan, assist, and make sure you are having the time of your life without worry!

Thank you so much for helping make our day so wonderful! Everyone enjoyed the beautifully presented food and your lovely, professional service. Thank you again!

Thank You for Everything!

I can’t thank you enough for being so easy and great to work with this past year with planning our wedding. Your staff is also truly amazing. The level of service was beyond top-notch. The food was the best we’ve ever had and all our guests said the same. We are very thankful and had the best day! Thank you for everything!!!

A Joy to Work With!

It’s hard to put into words how amazing Greater Goods Events truly is. Meg and her team are an amazing mix of talent, professionalism, and a joy to work with. I originally started planning my wedding before the pandemic and their vision and help with not knowing where to even start was outstanding. When COVID hit they were able to continually help me navigate through the ever-changing landscape. Between coordinating the entire day Meg, Chef Dom, and their entire team, made it better than we could have ever imagined. I cannot thank them for helping define, coordinate, come up with amazing ideas, as well as execute and run my day so smoothly. If you are even thinking of having an event down at the beach, the Greater Good Events is no question!!!!

We’d Love to Hear From You

Please fill out the form below and we will contact you to hear about your plans and dreams, discuss options and details, and provide a quote.